This weekend would have been the 50th anniversary of the Supreme Court’s Roe v. Wade decision. Since the constitutional right to abortion was overturned in June, today’s March for Life in DC made clear the anti-abortion movement isn’t done fighting. CNN Political Director David Chalian breaks down their new goals, and what both parties are doing post-Roe. Plus, the Supreme Court says it still doesn’t know who leaked the draft Dobbs opinion.

The Treasury Department says the US hit the debt ceiling today, setting up a showdown in Washington to either raise it or risk economic turmoil. CNN Political Director David Chalian explains why raising the government’s borrowing cap is being politicized. House Republicans want concessions in exchange for raising the debt limit, while the White House isn’t willing to negotiate.

House Republicans are moving forward with their investigations into President Joe Biden, his administration, and his family. CNN Political Director David Chalian breaks down what they’re investigating, the information they want, and how the parties involved are responding.

House Republicans are trying to figure out a committee assignment for embattled GOP Congressman George Santos, while calls for his resignation grow for lying about his resume and background. CNN Political Director David Chalian explains how House GOP leadership sees the situation. Plus, Santos’ ex-roommate reveals he was suspicious about him when they lived together in 2013.

On Martin Luther King Jr. Day, President Joe Biden gave the keynote address at the National Action Network’s annual MLK Day breakfast in DC. CNN Political Director David Chalian breaks down Biden’s speech, where he highlighted his administration’s efforts aimed at ensuring racial equality. Plus, Dr. King’s oldest son gave his thoughts on how the US is delivering on his dad’s dream.

President Joe Biden and his predecessor are under investigation for potentially mishandling classified documents. CNN Political Director David Chalian explains the latest updates with both special counsel probes. While key questions remain unanswered with Biden’s cases, we’re learning more about where the investigation into Trump stands.

Attorney General Merrick Garland appointed a special counsel to look to take over the investigation into Obama-era classified documents found at President Joe Biden’s home and former private office. CNN’s Kristen Holmes explains new details about the timeline of the initial investigation and both discoveries.

Sources briefed on the matter say President Joe Biden’s legal team found another batch of government records, as House Republicans promise to investigate the issue. CNN’s Kristen Holmes breaks down Biden’s response to the first batch found in a private office he used, and how lawmakers of both parties are reacting to Biden and his predecessor’s handling of classified documents after leaving public office. Plus, embattled New York Republican Congressman George Santos says he won’t resign after his state party says he should.

President Joe Biden and former President Donald Trump have at least one thing in common – they both are dealing with fallout from keeping classified documents. CNN Political Director David Chalian explains the distinctions between the two cases. Some Democrats say Biden did what he was supposed to do, while some Republicans claim Trump was treated unfairly.

Now that House Republicans have elected Kevin McCarthy as speaker, the next order of business for them is to vote on a rules package. CNN Political Director David Chalian explains how some of the rules have changed since hard right conservatives got their way in the speaker fight, and why it’s giving some members some pause. 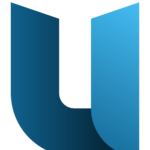