KYLIE Jenner showed off her impressive walk-in wardrobe jam-packed with hundreds of designer shoes and handbags.

The beauty mogul, 25, showed off her slim waist in a white crop top and grey jeans – just seven months after giving birth to a baby boy, whose name is yet to be revealed.

While smouldering at the camera for a series of sexy snaps, Kylie’s fans were left very distracted by huge the range of designer gear on display.

The star posed up a storm in front of an illuminated glass shelf, which featured several expensive heels, purses and clutch bags – from a white Chanel purse to Hermes Birkin bags.

The star opted for a full face of glam with dark lips, striking and wore her black tresses in loose waves.

She accessorised her look with gold bangles, with hoop earrings and rings.

The reality TV star shared her excitement for the upcoming festive season, writing: “96 days till Christmas.”

Kylie’s fans were left with major closet envy as she flaunted her wealth.

One wrote: “I’m so jealous! This is a wardrobe of dreams.”

Another cheekily asked: “Are you giving away your shoes?”

A third begged: “Kylie, please give us some of your stuff please.”

But an annoyed fan wrote: “Cause you really need more stuff.”

Another added: “Kylie showing off her expensive bags and shoes again.”

It comes after Kylie and Kendall Jenner fans spotted a hilarious detail on the sisters’ discounted jeans.

The Kendall + Kylie brand was launched by the Hulu stars in 2012 when the pair teamed up with clothing retailer PacSun.

A fan shared a photo of Kendall + Kylie brand jeans hanging from a rack at a TJ Maxx department store on a popular Kardashian-dedicated Reddit board.

Fans immediately honed in on the label, where both Keeping Up With the Kardashians alums look noticeably different.

One Redditor commented: “They gotta update their new faces on those tags.”

The fans are referring to the fact that since this photo was taken both sisters appear to have undergone, though it is unconfirmed, cosmetic surgery on their faces.

A third person added, “Okay but what the f**k is that picture though!? They both look terrified.”

“Ew, why does it look like they’re trying to undress each other?” questioned a fourth fan.

It comes after fans shared a wild theory suggesting Kylie and Travis Scott have split after the star made a major shift on social media.

The Hulu star and the Astroworld artist share their daughter Stormi, four, and a seven-month-old son.

A fan shared the theory on a Kardashian-dedicated Reddit board where Kylie’s most recent Instagram photo was reposted.

The original post, captioned “rise and shine,” shows the Keeping Up With the Kardashians alum posing in a full-length mirror wearing only a nude-colored bra and baggy denim jeans.

Another person agreed, writing “I’m starting to think her and Travis broke up.”

Recently fans suggested that Kylie, 25, and Travis, 31, called it quits after he was missing from her recent cosmetics event.

The Kylie Cosmetics founder hosted friends, family, and people in the industry at a party in Los Angeles to celebrate the successful cosmetics company.

Noticeably absent from the event was longtime boyfriend and rapper Travis Scott, a detail which set fans’ tongues wagging.

Some have begun to speculate the couple has called it quits.

The Texas rapper wasn’t the only one fans were asking about either.

Many inquired about their son, who was not at the event.

Another commented: “Where is the baby?”

The reality star took a swipe at their romance while talking about her marriage to Travis Barker, 46.

During the runway show of her new Boohoo line, Kourtney was asked how she feels about her and Travis’ nickname “Kravis”.

She said: “I love the name Kravis” It’s so funny. Travis said to me the other day, ‘Is Kylie and Travis’ name Kravis also?’ and I’m like, ‘No!’

“But why wasn’t it? Because they were before us.”

Reporter Erin Lim replied: “That’s so true. There will never be another Kravis.”

Kourtney agreed, saying: “No. But I do love the name, Kravis. We refer to ourselves as Kravis sometimes.”

The mother-of-three went on to defend their PDA moments, saying she doesn’t regret any of them because she’s living “in the moment”. 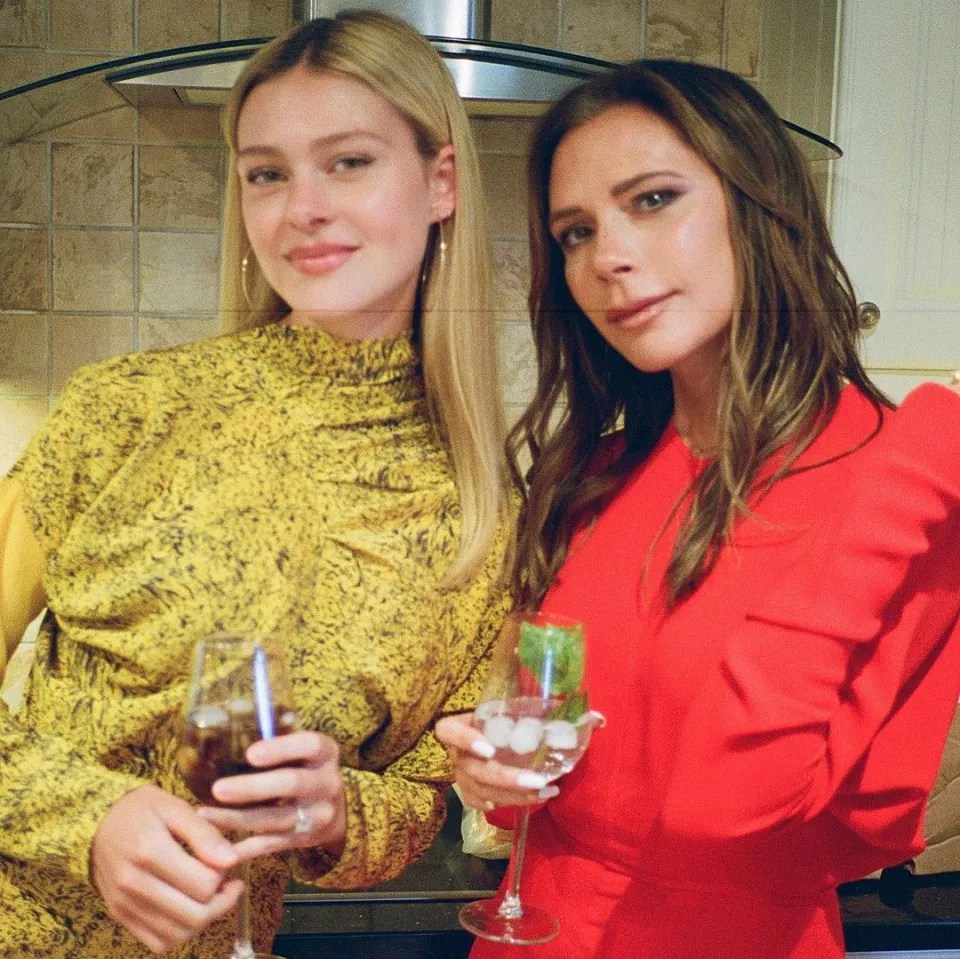