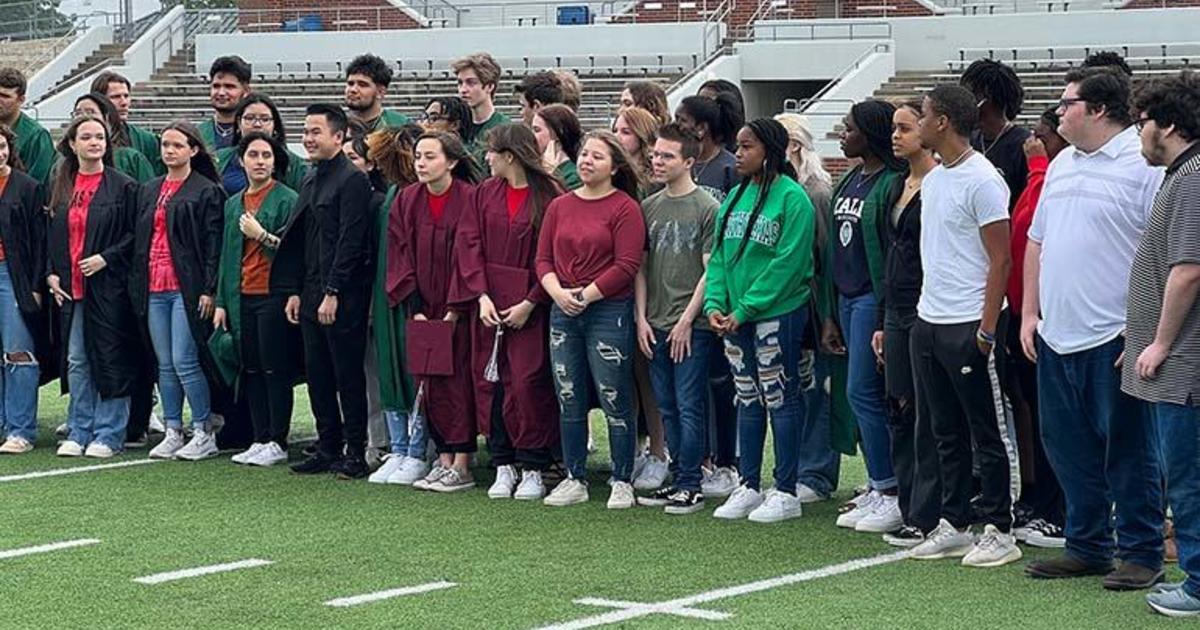 MANSFIELD, Texas (CBSDFW.COM) – Mansfield ISD believes that the 35 pairs of twins in its 2022 senior class is the most they’ve ever had. There’s also a set of triplets who will take the stage.

On Friday, the district held a special celebration for them inside Vernon Newsom Stadium.

Her children, Anthony and Angela, are twins.

“It’s great being a twin. We don’t necessarily look alike but that bond is still there just as much as any of the twins here,” said MISD senior Angela Morka.

After graduation, they’re separating; Angela to Yale and Anthony to the University of Houston.

“It will definitely be a change because we’re not going to be together like we’ve always been, but we can always still call each other, text each other and that we’re still there for each other,” added Anthony Morka.

Other twins like Avery and Keaton Slimak want to stay together. They’ll be attending the University of Texas at Austin, where they will be roommates.

“We’re pretty much best friends, we do everything together and we get along really well, so we’re excited to stay together,” said Avery.

Being identical twins, the sisters admit, can present some challenges.

“It can be confusing for people, definitely. I’ve gotten pretty used to being called by her name but it’s been fun definitely to have someone there all the time, never be lonely,” added Avery.

However, looking alike also can be fun.

It’s a bittersweet moment for many of these twins as they prepare to make the transition from high school to whatever comes next.

“Knowing that it’s almost over is exciting, but it’s also kind of sad,” said Angela.

Graduation ceremonies will take place at the end of May.

Nick Starling joins CBS11 from KSHB-TV in Kansas City, Missouri, where he was a reporter for over three years. Before that, he reported in Omaha, Washington D.C., Lincoln and in central Nebraska.